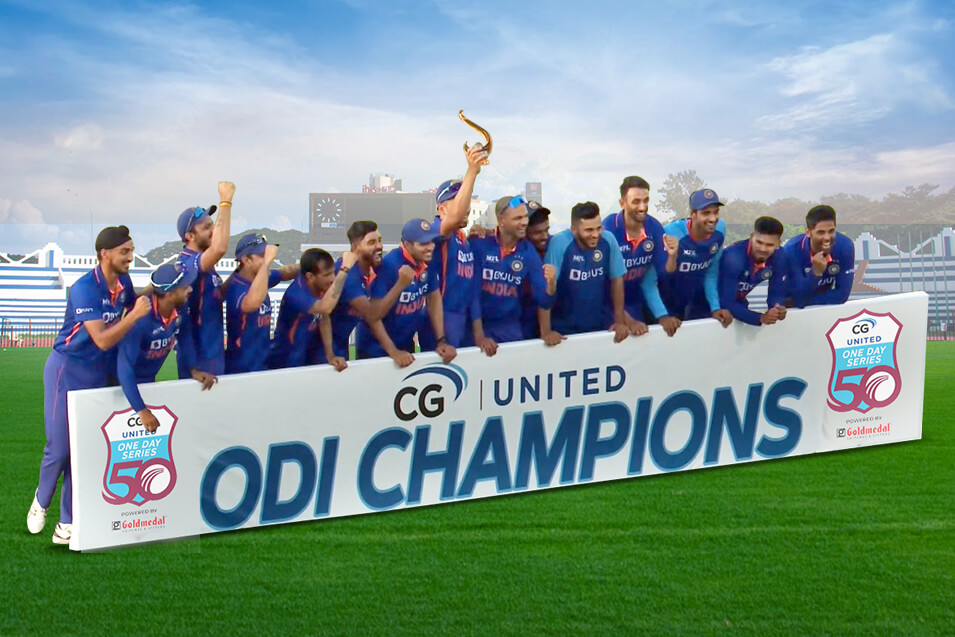 Goldmedal was the title sponsor of the five-match T20 International (T20I) series between India and West Indies. The series was branded as the Goldmedal T20 Cup, with the first match scheduled on 29 July 2022. The Indian team was led by Rohit Sharma. As the title sponsor, the Goldmedal Electricals brand had a prominent presence during the event – its logo was part of the integrated logo unit (ILU) of the series; it was also seen on the pitch mat, the perimeter boards, the presentation boards and on the winning trophy.