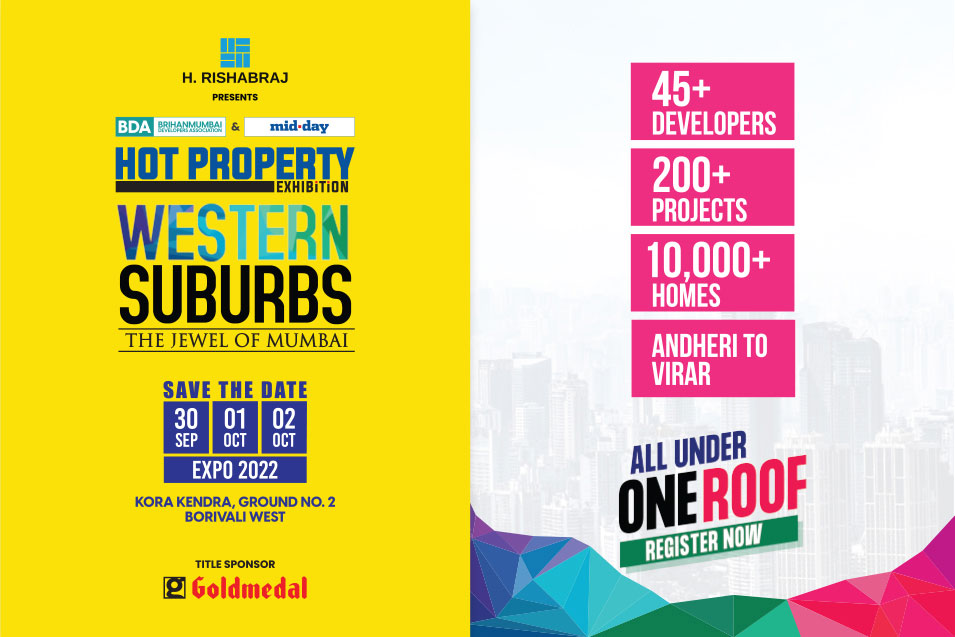 Brihanmumbai Developers Association, popularly known as BDA, together with Mid-Day organised a three-day Property Expo starting 30th September 2022 till 2nd October 2022 at Kora Kendra Ground 2, Borivali West. Around 45 top developers from in and around Mumbai western suburbs showcase over 200 projects in the event. Goldmedal was the Title sponsor of the event which saw a huge turnout from potential buyers on all three days.

Here at the BDA, we couldn’t be more excited about the Expo, and to show it, we’re planning some special giveaways for all of the participating Developers’ booths. In spite of the fact that it is the Festive period, we are prepared to make the next Property Expo the most successful edition ever. Apartment sales contributed around 53% to this belt in 2021, making the western suburbs of Mumbai (Bandra to Dahisar) the most dominant market in the city. The year 2022 will be a defining moment. According to Harish Jain, who serves as the vice president of the BDA.